The architecture is not the force 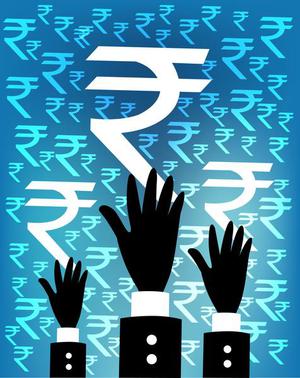 It may appear that the recent hullabaloo over GDP (gross domestic product) growth in the past decade has cast a shadow over assessment of the economy’s progress since 2014, but it is not so. There exists enough information for this as GDP is not the sole indicator on which one needs to rely in such an exercise. Arguably, investment is another, mainly private investment, for governments can always raise their capital outlay ignoring the calculus of profitability.

For a private investor, on the other hand, financial commitments are based closely on anticipated profit. The expectation of profit is itself tied to the expected state of the economy. As much of the future is uncertain, some part of its expectation is likely to be based on current trends. Thus, private investment is tied both to the present state of the economy and its anticipated vigour. For a government interested in invigorating the economy, then, it is essential to inspire confidence in the private investor. The investment meant here is the expenditure on productive capacity as opposed to buying shares or even durable goods in secondary markets.

Private investment in relation to output has in most years since been lower than what it was in 2014. This may come as a surprise to some as the government of Narendra Modi had appeared a business friendly one. While noting the slide in private investment, two points may be made. First, the private sector comprises two segments, the corporate and the unincorporated, termed household, in Indian national accounts. Since 2014, after initially declining private corporate investment has shown a mild rise while household investment has fallen sharply. The overall effect has been downward. This despite the pro-business reputation of this government and the strong and repeated communication of the Prime Minister that it would support those who ‘Make in India’. Clearly this talk has not been enough to convince private investors, who probably find insufficient dynamism in the economy today and are unsure of the likely impact of the government’s policies on its future. The most business friendly government at the Centre in recent times has not had success in turning around a slide in private investment. This is the second point to note.

While ‘adventurist’ has been pronounced as a verdict on the economic policy since 2014, a purely economic explanation is at hand. The government may have mistaken the architecture for the force. For an economy, by architecture we would mean the framework within which activity takes place while force is the ebb and flow of the demand for and supply of goods.

Elements to the architecture

It is possible to see four elements of the architecture as visualised by the Modi government: the presence of foreign direct investment (FDI), a digital payments network, a streamlined indirect tax regime and less government. The government has had some success in moving the economy towards such an architecture. Almost the first significant economic move of the Prime Minister was to have met American CEOs while in New York in 2014. This has been followed by an increase in FDI to record levels since. But the fact remains that FDI is not a large part of total capital formation in India, and, therefore, even at the heightened level cannot really make too much of a difference. Also, FDI into India has generally flowed to sectors with a lower multiplier effect on output. Then came the demonetisation, initially spoken of as a ‘surgical strike’ on black money hoards but subsequently rationalised as nudging Indians towards adopting digital payment. The inevitable formalisation of the economy was to lead to more tax revenue for the government, enabling greater spending on infrastructure.

Next came the launching of the Goods and Services Tax (GST). The government cannot claim all the credit for this desirable move, for a restructuring of the indirect tax regime has been on the books, if not in the works, since the 1970s and there has been a high degree of participation of the States in its launching. However, in the haste to appear as reforming, the Central government may have overlooked the need for a strong information technology (IT) network, education of the taxpayer and a facilitating tax bureaucracy. The States may well have agreed to the date of launching as they were to be compensated for any loss of revenues. Finally, the counterpart of the election slogan, ‘minimum government’, has materialised in the form of a steadily declining share of public expenditure in the economy. So the government has been able to achieve the architecture that it aspired to. Extensions of it have reached the two arms of macroeconomic policy. First, there was the move to what is referred to as a ‘modern monetary policy framework’. This has meant that the sole objective of monetary policy would be inflation control. That there can be collateral damage to growth is considered inconsequential. Fiscal policy has been guided by ‘fiscal consolidation’ or a focus on deficit reduction. That this could be achieved by varying combinations of the revenue deficit and public investment appears not to have been considered.

A significant part of the promise of demonetisation and the introduction of the GST, namely higher public revenues from formalisation, has not materialised. In fact, there are reports of the possibility of the fiscal deficit target for this year being breached due to lower than expected indirect tax revenues. On the other, it is clear that the dip in the growth rate in 2016-17 was due to demonetisation. The economy had slowed in the very next quarter after it was implemented, with the manufacturing sector actually contracting. As for the macroeconomic policy that has been pursued since 2014, it has acted as a pincer movement on aggregate demand. Rising interest rates, presumably needed to ensure that the inflation target is met, and fiscal consolidation are sure to have crimped it. Apart from any immediate effect of lowering the fiscal deficit, the route it has taken may also have consequences for long-term growth. In 2017-18, Central government capital expenditure was lowered in real terms. A less recognised aspect of the modern monetary policy framework is that the real exchange rate has appreciated since its adoption. This could only have reduced the demand for India’s exports, further lowering aggregate demand and holding back private investment.

The economic policies of the Modi government have failed to enthuse the private sector. Private investment has continued to slide during its tenure. A most natural thing for the government to have done would have been to raise substantially its own investment. This it has not done. A rising public investment can nudge the private sector to follow suit as the latter perceives superior growth prospects raising the latter’s expectation of profits. Actually, “minimum government” is an unimaginative maxim for governing the economy.

The government must respond imaginatively to the emergent economic situation. In the context, to the extent that sliding private investment reflects declining profit expectations, economic policy must anchor profit expectations. Under India’s new monetary policy framework, institutionalised by this government, the monetary authority aims to anchor inflationary expectations but this by itself can do little to convince firms of improved profits in the future. That this is how the economy works may be surmised from the fact that inflation has trended down steadily since even before 2014 but that has not revived private investment.